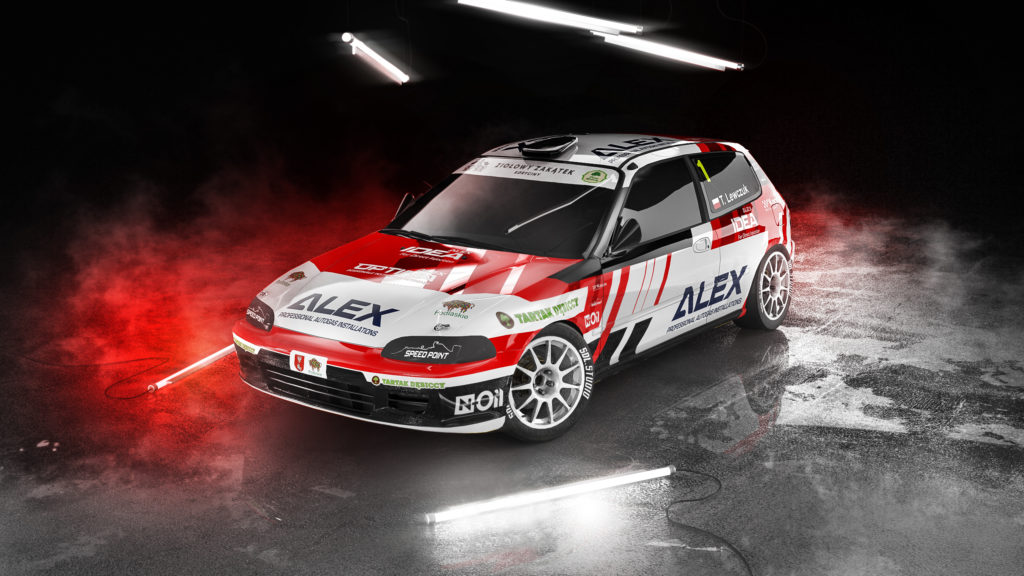 Tomorrow in Załuż begins the Polish Mountain Motor Championship. The series of races is inaugurated by the Bieszczady Mountain Race, which will also be the debut of Tomasz Lewczuk ALEX Racing Team in professional sport. 🏁

– I will drive in the ALEX Racing Team with a Honda Civic A. Group without a pilot, because the driver himself rides in these races. I am definitely excited, because no inhabitant of Podlasie has competed in such competitions for a long time – says Tomasz.
The Bieszczady Mountain Race, apart from the rounds of the Polish and Slovak Championships, is the round of the International FIA Cup, the Central European Zone Championship. The series of the Polish Mountain Motor Championship consists of 8 weekend races held in Poland and Slovakia.
We will keep you updated on Tomek’s struggles! We invite you to cheer and watch!