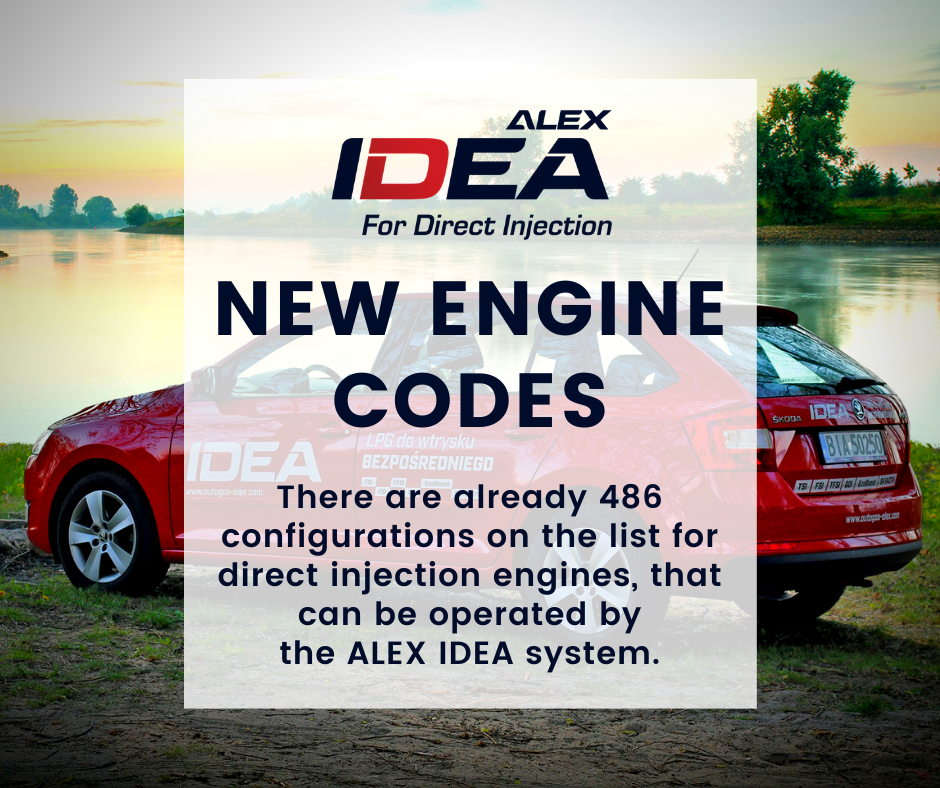 We present new configurations of direct injection engines, ready to be converted to LPG, using dedicated ALEX IDEA installations. There are already 486 developed engines on the list.

Several dozen items have been added to the list of codes for engines with direct gasoline injection, which can be operated by the ALEX IDEA system. The ready-made algorithms have been developed for the following brands: Alfa Romeo, Audi, BMW, Chevrolet, Ford, Haval, Honda, Hyundai, Jaguar, Land Rover, Lexus, Opel, Peugeot, SEAT, Skoda, Volkswagen, Volvo and Toyota. Newly added items are marked in bold.

ALEX IDEA is a sequential gas injection in the vapor phase for petrol engines with direct fuel injection. It stands out for above average fuel economy used for cooling and lubricating injectors petrol. The specially developed IDEA control algorithm consumes only about 5-10% of gasoline, while other installations of this type available on the market require about 20-30% of fuel to be injected. In addition, the system is able to calculate the exact consumption of petrol in every range of engine operation, which allows you to optimize petrol injection for the individual driver’s way of driving.