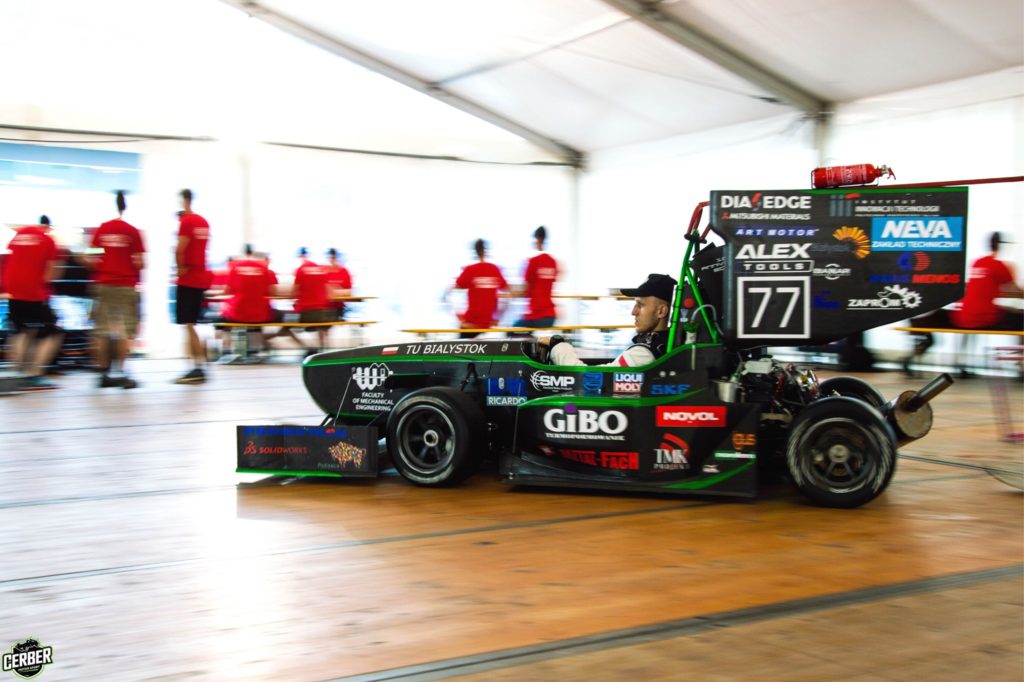 For two years, 25 students of the Białystok University of Technology from the Cerber Motorsport team worked on a new Formula Student car. On Monday (July 19, 2021) it was unveiled. The CMS-07 car will run on Formula 1 tracks. ALEX Sp. z o.o.

The new Formula Student CMS-07 car means even better aerodynamics, electronics, supporting structure, engine, drive and suspension. For two years, it was built by 24 students from the Cerber Motorsport team, operating as part of the Auto-Moto-Club Student Science Club at the Faculty of Mechanical Engineering of the Białystok University of Technology.

With pleasure and satisfaction we supported young, extremely talented people in the construction of the CMS-07 car project. Students together with ALEX engineers made a right and left crossover on an Okuma 5-axis machine.

This season, the Cerber Motorsport team will take part in three series of Formula Student events: Formula Student Austria at the famous F1 circuit Red Bull Ring in Spielberg in July; Formula Student East at F1 Hungaroring in August and Formula SAE Italy at Riccardo Paletti di Varano ‘de Melegar in October. More details about the great team and their cars at: wm.pb.edu.pl/cerbermotorsport/ and facebook.com/CerberMotorsport/.

We are happy that we can support Białystok students in the realization of their automotive passion, and we wish the Cerber team successes during the next Formula Student competition and more!

The Formula Student competition was created in the 1970s in the United States, when the competition between students from various universities was first combined with the construction of a self-designed vehicle. Currently, the competition has reached an international rank – it is held in over a dozen countries around the world, and the number of participating academic teams exceeds 500.